Heart of a Dog begins with Anderson’s familiar heart-warming sounds accompanied by animated images of herself with her comforting, matter-of-fact voice-over: ‘This is my dream body, the one I use to walk around — in my dream. In this dream, I’m in a hospital bed, and it’s like a scene from a movie.’  [More]

‘1962, JFK was in the White House — John Glenn was in orbit — and girls really knew how to tease! The world was in a mess, but their hair was perfect.’ So ran the tag lines for John Water’s 1988 film Hairspray. In Adam Shankman’s 2007 version, all the engaging and cloying characters are there, but in a souped-up movie musical. . . Oh Wilbur, it’s sooo exciting. I love you Edna.   [More]

According to crime writer Patricia Cornwell, Walter Sickert, the famous British artist, went by and used many names — including ‘Mr Nobody’, ‘An Outsider’ or just plain ‘Dick’ — and she claims that by night he committed horrendous acts against older women (and later younger men most likely) as the serial killer, Jack the Ripper.   [More] 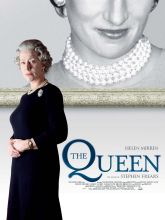 In 1997, along with millions of others, a small group of us watched TV footage of heart-wrenching scenes — the flowers, personal notes, tears, and that eulogy of Earl Charles Spencer’s in Westminster Abbey — bearing witness to an overwhelming display of public emotion over Diana’s sudden death. We had our meagre pink candles alight and mixed tears and wine . . .   [More]